The Armenian Bar Association has assembled a team of accomplished and highly-reputed trial attorneys from across California to serve as members of the organization’s newly-established Judicial Evaluation Committee (JEC).

Spearheading the sizable efforts of the JEC are its two esteemed co-chairpersons, Garo Ghazarian and Lucy Varpetian.  Mr. Ghazarian is a powerhouse criminal defense attorney and a former two-time chair of the Armenian Bar.  Ms. Varpetian is a seasoned Glendale Senior Assistant City Attorney and a former Armenian Bar Executive Director. The committee’s mission is to evaluate applicants and potential appointees to the California judicial bench and to make recommendations to the Governor and the Appointments Secretary for those candidates who are deemed to be well-qualified.

“Advancing the rule of law, protecting rights, and enforcing responsibilities are the enduring touchstones of the Armenian Bar Association.  Those objectives are best met with an independent, unbiased and irreproachable judiciary. We believe that the Governor and the State of California will benefit from our recommendations as to the best and brightest candidates that our community has to offer,” said Garo Ghazarian, who also serves as the co-chair of the Association’s dynamic Armenian Rights Watch Committee.

The framework for the committee’s calling and charge was developed with the strategic guidance and worldly-wise advice of recently-retired California Supreme Court Justice and Honorary Armenian Bar Lifetime Member, Marvin Baxter. For several years before his own appointment to the bench, Justice Baxter served as Appointments Secretary to California Governor George Deukmejian.

“We were most fortunate to have in our corner the inimitable Justice Baxter and to be able to draw deeply from his incomparable experience and insights as Governor Deukmejian’s Appointments Secretary,” said Lucy Varpetian, who currently and for many years has served as a member of the Los Angeles County Bar Association’s Judicial Election Evaluation Committee.

In a recent interview, Armenian Bar Chairman Saro Kerkonian stated, “We are very excited to embark on this new mission for the Armenian Bar Association and believe that, through our efforts, we will soon see the appointment of a growing number of highly well-qualified attorneys of Armenian descent making the ranks of California’s distinguished judiciary.”

The organizing body recognized that to have an effective voice in the judicial appointment process, it would be necessary that the recommendations be made by those with proven talent and relevant experience as trial attorneys.  JEC’s membership is comprised of the following Armenian Bar members, in alphabetical order, with only introductory notes of their storied and celebrated careers. 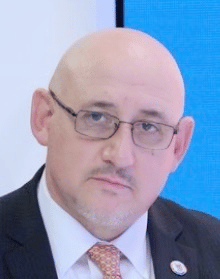 Garo B. Ghazarian – Encino, CA—Mr. Ghazarian is the chief litigation attorney and principal of his own criminal defense firm, handling complex white collar crime cases in federal courts nationwide and serious felony and misdemeanor matters in California state courts.  For more than twenty years, he has served as the Dean and Professor of Law at Peoples College of Law and is also a Civil Service Commissioner in the City of Glendale.  Mr. Ghazarian appears regularly as a legal commentator on many national and worldwide television news programs. 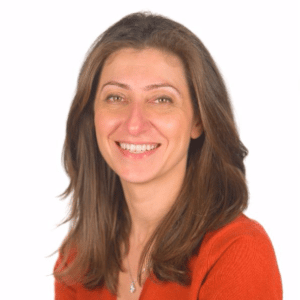 Lucy Varpetian – Glendale, CA- Ms. Varpetian, a Senior Assistant City Attorney in the Glendale City Attorney’s Office, has extensive experience in all aspects of city government including advising the municipality’s City Council and its Civil Service Commission.  For nearly 10 years, she has been a leading member of the Los Angeles County Bar Association’s Judicial Election Evaluation Committee, implementing judicial evaluation protocols and interviewing and deliberating on the qualifications of hundreds of candidates.   Ms. Varpetian has also served as Trustee of the Los Angeles County Bar Association, Chairperson of the Glendale Bar Association, and a Board Member of the East Hollywood Neighborhood Council.

Armen K. Hovannisian – Los Angeles, CA – Mr. Hovannisian is the longest-serving member and executive officer of the Armenian Bar Association, serving continuously since the organization’s inception in 1989, including three terms as the Armenian Bar’s Chairman. Mr. Hovannisian is a premier litigator within the major claims legal office of industry-leader CHUBB, registering successes and containing critical risks in high-stakes environmental and product liability-related cases.  Previously, Mr. Hovannisian worked for more than a decade at an international law firm as a member of its acclaimed insurance coverage litigation department, appearing before state and federal trial and appellate courts, and led the firm’s award-winning pro-bono program.

Ara Jabagchourian – San Mateo, CA – Mr. Jabagchourian is a civil trial lawyer handling cases in numerous areas.  He was formerly with the Federal Trade Commission – Bureau of Competition in Washington D.C. handling antitrust conduct and merger matters.  In private practice, Mr. Jabagchourian secured the largest wrongful death jury verdict in San Diego County history and has obtained a nine- figure class action verdict that was upheld on appeal.  He has also published over two dozen articles on various topics of the law, including three law review articles, and was nominated as a finalist for the Consumer Attorneys of California, Trial Attorney of the Year Award in both 2011 and 2012.

Alexandra Kazarian – Los Angeles, CA-As a top criminal defense and trial attorney, Ms. Kazarian has handled thousands of criminal cases and conducted hundreds of preliminary hearings. She has taken over 35 cases to jury verdict, defending clients against every kind of misdemeanor and felony, including charges of murder, attempted murder, robbery, burglary, fraud, embezzlement, sex offenses, domestic violence, child abuse, drug possession and sales, DUI, and more.   In recognition of her courtroom prowess, Ms. Kazarian has been named to the “Top 20 under 40” by the National Trial Lawyers Bar.

Saro Kerkonian – Los Angeles, CA – Mr. Kerkonian, Chairman of the Armenian Bar Association, is a workers’ compensation law specialist certified by the State Bar of California, Board of Legal Specialization.  Mr. Kerkonian has been in practice for 29 years and is a Senior Trial Attorney as house-counsel for Farmers Insurance Company in defense of workers’ compensation claims.  He is the author of the California Paralegal Manual, Workers’ Compensation, published by The Rutter Group, a division of Thomson Reuters.

Edvin Minassian – Mr. Minassian, the managing partner of Tennenhouse, Minassian & Adham, has been involved as trial and appellate counsel of several landmark decisions of the California Workers’ Compensation system.  For approximately two decades, he has served as counsel for the County of Los Angeles, the City of Los Angeles and the Los Angeles County Metropolitan Transportation Authority.   He is a past, two-term chairman of the Armenian Bar.

Tina Odjaghian – Woodland Hills, CA-Ms. Odjaghian is considered one of the most experienced workers’ compensation practitioners and successful applicants’ attorney in California today.  Specializing in brain injury cases, she has registered record-breaking multi-million dollar settlements which are uncommon in California’s Workers’ Compensation system.  In addition, Ms. Odjaghian defends some of the largest corporations in America in their workers’ compensation matters, including Macy’s Corporate Services.

Warren Paboojian – Fresno, CA-Mr. Paboojian is a founding partner of Baradat & Paboojian, handling a wide range of cases from personal and catastrophic injury, wrongful death, medical malpractice, and wrongful termination.  He has litigated over 55 jury trials to verdict in Fresno County and throughout the state of California. Mr. Paboojian has recently been selected as the 2017 CAL-ABOTA Trial Lawyer of the Year. In addition to being very active in ABOTA (American Board of Trial Advocates) and a Life Fellow of the ABOTA Foundation, Mr. Paboojian is a member of the American College of Trial Lawyers, the International Society of Barristers, and the International Academy of Trial Attorneys. His honors and achievements include: 2008 Trial Lawyer of the Year for the State of California by the Consumer Attorneys of California, Super Lawyers’ Top 100 Lawyers in Northern California for 5 consecutive years, and Central California Trial Lawyers’ President’s Award for Outstanding Advocacy for Consumer Rights.

Dickran Semerdjian – San Diego, CA-Besides having tried numerous cases over his 32 years of practice, Mr. Semerdjian is a member of the American Board of Trial Advocates (ABOTA), American Civil Roundtable, the current Chair of the State Court Sub-Committee of the American Bar Association (ABA) Standing Committee of the American Justice System, and past Chair of the ABA Tort Trial and Insurance Practice Section (TIPS).  He is on the Board of the ABOTA/TIPS National Trial Academy. Mr. Semerdjian has been on the Board of Governors of the San Diego Bar Association and is the current Chairman of the San Diego Sports Alliance.

Carney Shegerian – Santa Monica, CA- Mr. Shegerian is seen by many as the pre-eminent employment law trial attorney in the United States.  He has received among the largest jury verdicts ever recorded in Los Angeles County history in the field of employee rights.  He has been recognized as Trial Lawyer of the Year by the Consumer Attorneys of Los Angeles County. His record of success for his clients, whether via substantial settlements or in a trial jury scenario, is unparalleled. Mr. Shegerian has made it his life’s mission to help those who have been wronged in the workplace and has won over 75 jury trials, including 32 seven-figure verdicts as a plaintiff’s attorney.

Still have questions on whether our firm’s result-oriented approach is the right fit for your legal issue? Contact our office to set up a time to sit down with our attorneys to see if our firm is the right one for your matter. Call (650) 437-6840 or email us at info@arajlaw.com.